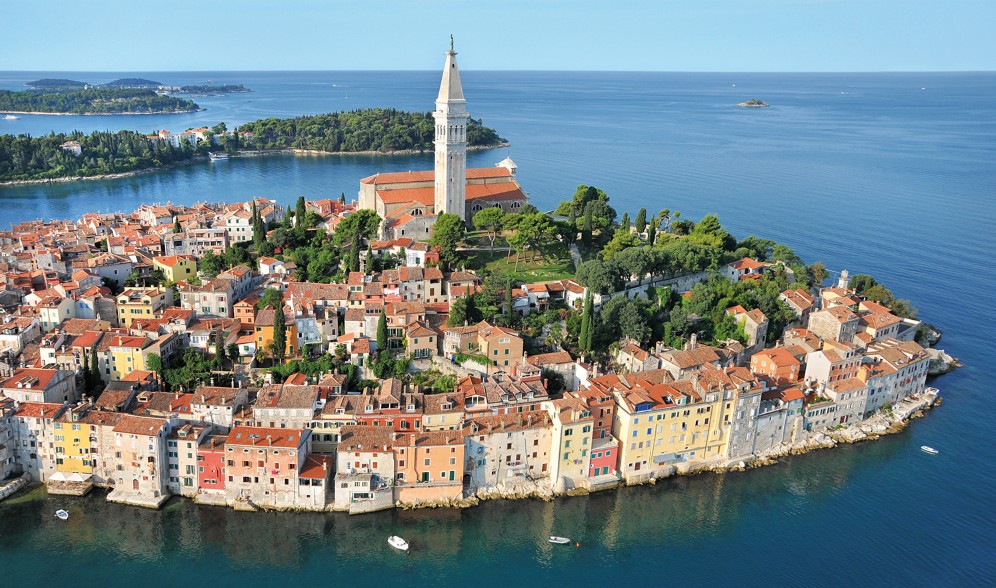 Croatia is the new Mediterranean paradise, the “pearl of the Adriatic”. This beautiful oasis offers the warmth of the climate, crystal clear waters, peaceful bays and unique food and wines.

Like a setting from classical antiquity, the 350 km Dalmatian coastline makes for a quintessential cruising ground. Stretching from Brioni in the north to Korcula in the south, it offers more than 1,400 islands floating tantalisingly in the azure waters of the Adriatic. With hidden coves, olive groves and perfectly formed white-stone villages, each island celebrates its own special charm, soaring mountains, deep gorges, cascading waterfalls and immense fields of lavender.
Astonishing clear water reflects the dramatic scenery, picturesque islands and fascinating ancient towns of the Dalmatian coast.

Capital of Dalmatia, Split is a cosmopolitan port full of sightseeing and shopping opportunities. This 1700-year old town features many fine buildings built ingeniously within and on top of the remains of the 3rd century ruins of Roman emperor Diocletian's palace. Ancient stone houses, fishing boats, jagged green bays and turquoise seas make Hvar one of the best-loved destinations in Dalmatia. The town of Hvar is a charming port of lovely promenades and quiet medieval back streets, a unique blend of luxuriant nature, rich cultural and historical heritage.
Vis is famous for its unspoilt environment, crystal-clear seas and numerous tranquil bays and beaches. Traditional small restaurants offer local delicacies like lamb, sheep and goats cheese, local wine, herbal spirits or seafood from the cleanest part of the Adriatic.

The Old Town on Korcula Island is a typical walled Dalmatian city with round defence towers and red-roofed houses. The island of Mljet is a rugged, emerald miracle in the southern Adriatic. Covered partly by a national park, Mljet features two lakes, one of which contains a small island, upon which lies a 12th-century Benedictine monastery. According to legend, Odysseus was cast by the sea onto the island of Mljet and ended up in the arms of Calypso. Dubrovnik is recognised as a World Heritage Site, the old city is crowned by gargantuan 25 m walls built between the 13th and 16th centuries that provide an unsurpassed view over the sea. Inside the walls is a treasure trove of characteristically white medieval and renaissance monuments, while a labyrinthine cobbled streets meander to exquisite courtyards, classy cafés and excellent restaurants.
Zadar is the main city in northern Croatia.

The Kornati National Park comprises an archipelago of hundreds of small islands, which offer its visitors the exceptional beauty of untouched wilderness. The reefs, steep pinnacles, fissures and caverns create an incomparable color palette. The medieval Primosten, about halfway between Dubrovnik and Pula and a fitting starting point for an excursion through the Kornati archipelago, was in those days called Capocesto. The rocky headland, densely built up with houses, is one of the many attractions of the Dalmatian coast.