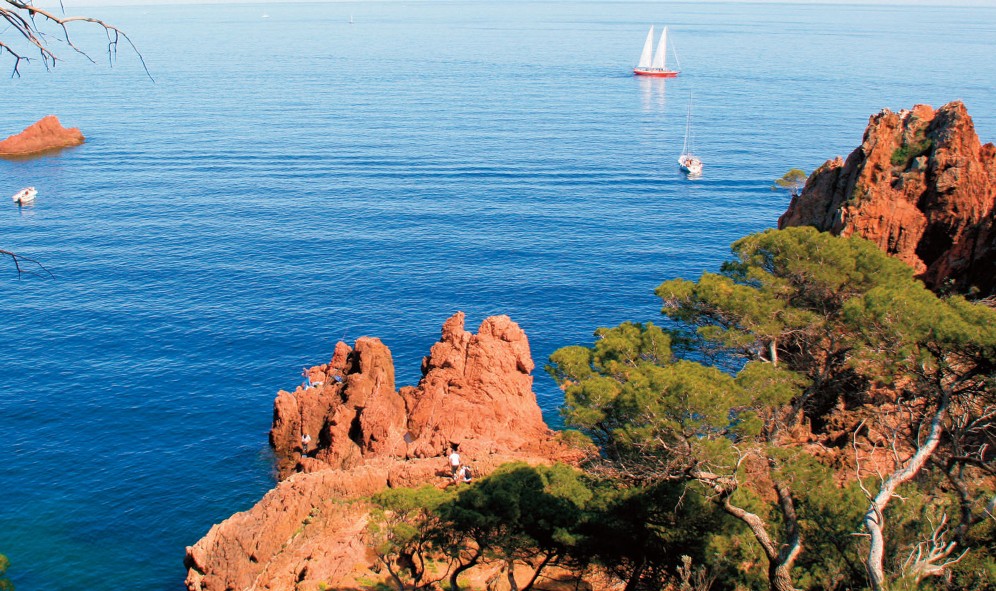 From Monaco to Saint-Tropez, nowhere in the world is a coastline so rich in gourmet restaurants, designer boutiques, a list clubs and natural beauty.


With its nearly tropical climate, azure water and a cerulean sky that attracts yacht lovers all year round, the Côte d’Azur is a sumptuous destination. Notorious for its indulgence and hedonistic lifestyle, the Côte d’Azur has two sides to her glittering coin: an idyll of magnificent back-country to compete with the vivid pulse of chic seaside enclaves.


Also known as the French Riviera, this strip of coastline is home to some of the world’s most spectacular destinations:


Cannes, St.Tropez, Monaco and many more. Its rocky hillsides are capped with medieval stone villages, all of them virtually untouched. Nestled between the majestic Alps and the deep blue of the Mediterranean, hillside villas combine with sun-soaked beaches to create a breath-taking fusion of ancient history and modern elegance.

With almost 10,000 berths capable of accommodating yachts 40m+, the Côte d’Azur is equipped and eager to harbour yachts of every size. All practicality aside, the corporeal delights available on the French Riviera are second to none and utterly unique.


For those who crave haute couture, the shopping in St.Tropez does not disappoint. Considered one of the most ostentatious destinations in the world, this elegant seaside town rests along the Cote d’Azur’s stunning coastline. Littered with extravagant restaurants, private beaches and prestigious clubs, St.Tropez is the embodiment of indulgence with truly opulent service offered at every turn. Widely known for its hedonistic lifestyle, St.Tropez is sure to afford an experience not soon forgotten. Due to its popularity among nautical aficionados, the port of St.Tropez is a bustling, well-stocked marina. Cafés and bistros line the quay, and are considered the front-row seats for people-watching, as this is one of the ultimate see-and-be-seen towns.


Though notorious for its film stars and festivals, is, at its heart, a naturalist’s playground. Rising from the sea and sand, Cannes stretches up into the valley overhead which is thick with olive groves and fruit trees. This is a town which offers travellers numerous options: an A-list 5-star night on the town, or a quaint rural hideaway hidden among the trees. Whatever your preference, Cannes has every facility to make it a reality.


The principality of Monaco is separated from France by a single road, but maintains much of its style. With many of its villages and town built over the water, Monaco is essentially a sprawling seaside town. In addition, as host for one leg of the Formula 1 Grand Prix, Monaco attracts a diverse group of travellers and as such, is itself an eclectic mix of cultures and experiences.