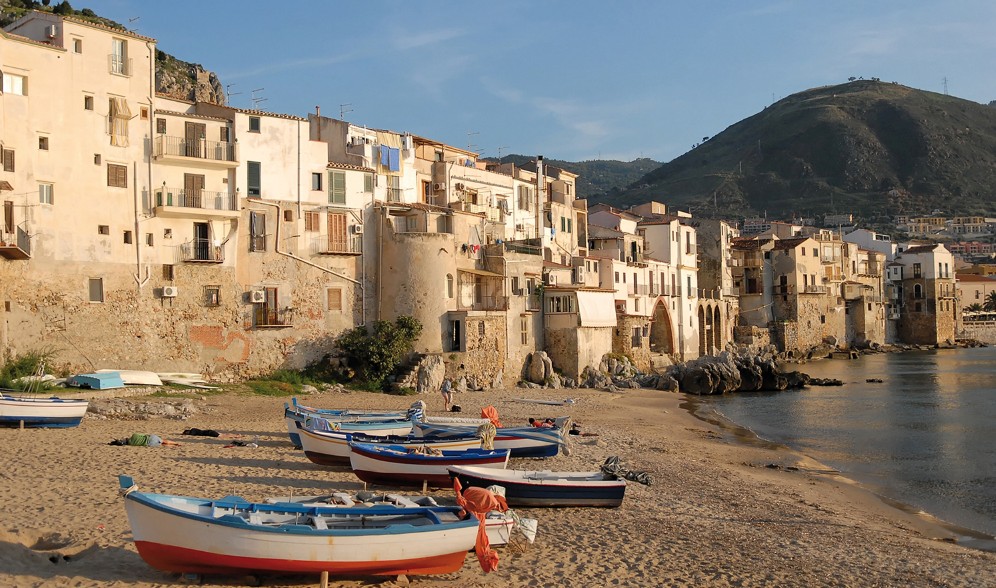 
After arrival at Catania airport, you can embark in Milazzo and start your cruise to the Aeolian Archipelago. Milazzo is a beautiful, ancient town with a splendid Norman castle. A short trip will take you to the island of Vulcano, the mythological workshop of the god of fire and craftsmen. Volcanic activity on the island is responsible for numerous mud baths and hot springs, as well as fantastic rock formations above and below the water. Filicudi's main attraction is its unspoilt nature. Explore the prehistoric village ruins on the Capo Graziano promontory or the basalt caves on the west coast in the shadow of the island's conical volcanic peak.

As the largest island of the Aeolian group, Lipari offers the widest selection of restaurants, shops, and activities. The charming main town, boasts a largely reconstructed Norman-era church and fascinating archaeological remains. Hike to the top of Mount Sant'Angelo for spectacular views. The northern most island, Stromboli, has amazingly retained a continuously active volcano. The eruptions are best seen at night and from a distance. Stromboli is also famous for its deep waters, which are a favourite of experienced divers.

Also known as the garden island, Salina features numerous walking trails as well as extensive viticulture. One of the twin extinguished volcanoes responsible for its distinctive appearance is the highest point in the islands. Nearby Panerea, the smallest of the Aeolian islands, makes up in charm what it lacks in size with its total absence of cars, delightful jet-setting beach and Bronze
Age village.

Aegadian Islands
Aegadian Islands are a hidden paradise. The largest, the most populated and the closest to the mainland is Favignana, which is crossed in a north-south direction by a hilly ridge named Montagna Grossa (Large Mountain). The island has two ports and the spectacular tuna-fishing season is in force from April to June. The only sign of population is the presence of small whitewashed houses surrounded by rare indian fig and palm threes. The island's real attraction however are the tuff caves, a building stone mined there so aptly called "Favignana";

Levanzo island, surrounded by Pizzo Monaco steeply following to the sea, is nearby. Docking is available at Cala Dogana. The island attraction called "Grotta del Genovese" is a true paradise for pre-historical fans. Bones and petrified trees are everywhere, together stone engraving and drawings going back more than 10 000 years to the phaleolitic and neolithic eras, all of them exceptionally well preserved. Animals and dancers painted in bright red and black, are represented.

Marettimo is entirely different: surrounded as it is by Falcone mountain, 700 meters high, which gives a totally different out line to the island. An ensemble of Dolomite stones thrown in the crystal clear Sicilian waters with deep vertical cuts reaching the sea, the steep gorges followed by impressive rock towers is the natural frame to a series of superb caves with multicolored stalagmites.